Bubbly. That’s how I feel when I am happy. Like there are a million different little colorful, shiny bubbles bouncing around in my mind. Making me hop, and hum, and smile, and dance, and everything a little less scary. It’s been a very long time since I felt those bubbles – now they are everywhere. END_OF_DOCUMENT_TOKEN_TO_BE_REPLACED

Crazy is a pretty relative term, isn’t it? There are things that I see as completely crazy while everyone else seems to think they are perfectly normal. Like being completely content in existing within marked-out parameters, never questioning anything about why they are there in the first place. END_OF_DOCUMENT_TOKEN_TO_BE_REPLACED 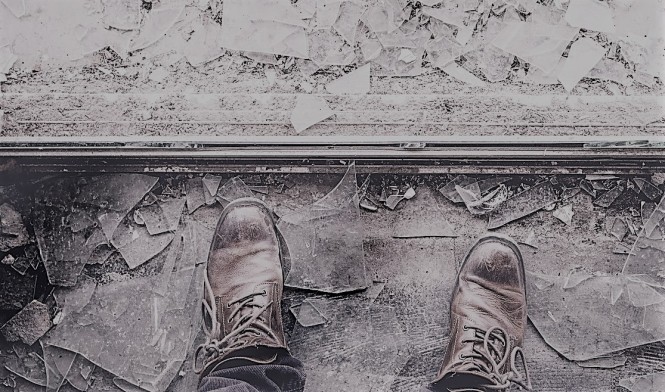 I am terrified of everything that might happen. And anything that I might do. Even though I know I would never consciously try to harm myself. Not physically anyway. And I know I have never been allergic to anything and I am probably the worlds’ most cautious driver. Still, I am terrified. END_OF_DOCUMENT_TOKEN_TO_BE_REPLACED

Some people say that nothing ever changes, but that’s not true. The truth is that everything changes – constantly, every second of every day. Your life changes with every breath you take and every step you either take or decide not to take. Change is the only thing that never changes, and even that might not be true.

Change doesn’t require more than a second. One moment you were miserable and then something happens and the world becomes a fluffy pink place of happiness. And then, two seconds later another change occurs and life becomes an endless river of misery. Change is part of everything we do, everything we think and even all the things we don’t do or won’t even dare to think about. It’s all changing and shifting, and it will never stop even when we’re gone.

An idea can grow to define or destroy you

Yesterday I didn’t care. Yesterday I was fine. Today I almost dare to dream and it scares me so much that I fear I already ruined it anyway. But it’s done now. The change is there and I care. I really, really do care. So much that I’m almost paralysed by the fear of it being just another fleeing little idea that proves to be totally insignificant and stupid. Yesterday I was content and now I’m everything but.

The trouble is, you think you have time

Change is what makes life worth living, even if it scares us half to death. Change doesn’t care about our fears it happens anyway, for better or for worse. So there really is no choice about the change – just the direction it’s going to take. Will it be another regret? Another dream seemingly buried so deep it won’t ever come out again – until it does? Or will it be the start of something truly new?

There is no try

Stop taking pictures & give me my treat...I got on the tree! 🐶❤ (He got it & he still loves me anyway) #bestdogintheworld #charlybaby #sundaydogwalk #dog #dogphotography
Hello there 😸 #cat #catlife #catinabox